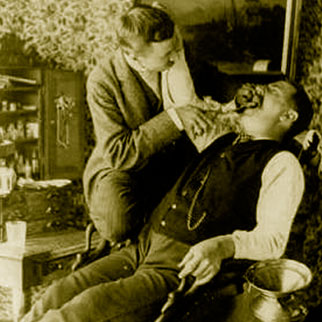 Have you ever been caught off guard with the realization that you are actually hard-pressed to define a word that is totally familiar to you? You kind of know the concept evoked by the word, but nailing down the specifics of its meanings is suddenly elusive?

While you may think you’re having what many call a brain fart, you’re actually on the cusp of insight and epiphany!

The word that caught me up short a few years ago is grace. Given that this was my mother’s name and that I grew up going to church where grace was a common topic of song and sermon, you’d think I’d know precisely what it means.

I thought I did. But then an angel tapped me on the brain and I started thinking about what it means. The Holy Spirit does move in mysterious, and sometimes annoying, ways.

Grace is something nearly everyone wants, whether we understand fully what it is or not. The gist of the most common meaning is grasped easily by anyone who has been on the receiving end of grace.

Grace is an elegant concept tied to pardon, mercy, forgiveness. It is unmerited favor; receiving something we don’t deserve instead of what we do deserve.

When grace comes to us from God, it is entirely unmotivated by anything we do or say or are. All we can do is actively accept it or actively or passively reject it. This is the side of grace that ties in most closely to forgiveness.

But grace also apparently empowers, comforts, and relieves distress. And this is what tripped me up recently as I was lost in thought while being drilled at the dentist. For me, a visit to the dentist is a very peaceful and reflective time; until I see the bill and what I have to pay!

In 2 Corinthians 12:7-12, the Apostle Paul writes about a Satanic-sourced affliction that has gripped him in a terrible, tangible, and nagging way. It is something chronic and persistent and painful; he calls it his “thorn in the flesh.”

There is no way of knowing exactly what this “thorn” was. If Paul meant “flesh” as in his actual physical body, it could have been a chronic illness. Some believe it was a recurring and painful eye affliction. We don’t know. In fact, if Paul meant “flesh” in a spiritual sense, this opens the possibilities even wider. It could have been a particular temptation that he struggled with on a regular basis. The thorn was sent to him, as Paul states, to keep him humble; so maybe his struggle was with pride. We don’t know.

We do know that the thorn was not removed despite Paul’s pleadings. God’s answer to his prayer was a simple statement: “My grace is sufficient.”

Well, actually the full response as recorded by Paul was, “My grace is sufficient for you, for my power is made perfect in weakness.”

As I lay reclined in the dentist’s chair with my mouth numb and the drill softly singing, all I could think over and over was, “What the heck does ‘my grace is sufficient’ really mean?”

“I should know this!” I thought. But I drew a blank.

Then later I was reading in Mark and came to where Jesus says that we need to become like children (10:14-15). A child is utterly dependent upon their parent’s grace, in every sense of the word.

That helps clear things up some. But not completely. I’m still pondering and trying to get an even clearer understanding, as well as a better experience, of God’s grace. Are you?