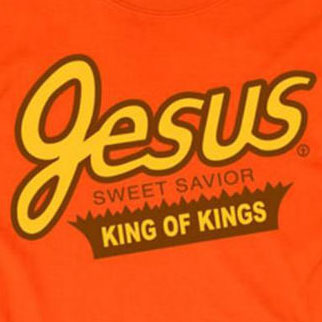 "If anyone thinks he is religious and does not bridle his tongue but deceives his heart, this person's religion is worthless. Religion that is pure and undefiled before God the Father is this: to visit orphans and widows in their affliction, and to keep oneself unstained from the world" (James 1:26-27. ESV).

An article by Richard Tompkins titled "Christ replaces Coke as the focus of youthful longing" that appeared in the July 30, 2004 issue of the Financial Times once caught my eye. The essence of the article is distilled in this excerpt:

“Put simply, Christianity is cool. Or at least that is the way it is being marketed...Cool Christianity is the cult brand epitomized, making its customers feel part of a community and instilling a sense of ownership that verges on the fanatical. Old Christianity used to be about serving God in this world with the promise of uncertain rewards in the hereafter. Now, provided you can afford the merchandise, the rewards are up-front: loud music, multimedia entertainment, a cool image and a comforting sense of spirituality...Far from brands being the new religion, it seems to me that religion is the new brand.”

It's both good and sad that this is the perception Tompkins has of the church. And it’s a perception I believe persists 16 years later. It touches on the truth but glances off into a gross misconception. We are brothers and sisters in an infinitely extended family. That Christians feel part of a community is accurate and a huge plus. And the rewards that we look forward to in the hereafter are far from uncertain.

But, Christians are not customers or consumers of religion. We are customers of stores and consumers of products. In our "religion” we are adherents to God's laws, disciples of Christ's teachings and examples, and ministers to each other of His grace. Christianity is about relationship more than retailing.

True Christians enjoy the privilege of buying products that both enhance their relationship with God and express to others their commitment and calling. But we also know that any pleasure we derive from purchased goods is temporal and not the "reward" or point of our faith. We also know that truly comforting spirituality is not found in a "cool image" but rather in a true relationship with Jesus that often makes us seem very uncool. Our faith is in a Person not a brand.

As for the claim that Christianity is being marketed, I must concede that this is true, and it's something I'm not particularly comfortable with. My fear is that wrapping our faith too tightly in the practices and methods of Madison Avenue, instead of yielding new converts, promulgates wrong perceptions such as that expressed by Tompkins in his article.

Old and now Christianity is still about serving God in this world. It isn't about marketing a cool brand of religion in order to entice a larger share of consumers into churches that are more malls than places of worship. A marketed, hyped "faith" is nothing more than empty words.

Jesus didn't command His church to market His brand. He said: “Go into the world. Go everywhere and announce the Message of God’s good news to one and all. Whoever believes and is baptized is saved; whoever refuses to believe is damned. These are some of the signs that will accompany believers: They will throw out demons in my name, they will speak in new tongues, they will take snakes in their hands, they will drink poison and not be hurt, they will lay hands on the sick and make them well” (Mark 16:15-18, The Message).

How cool is that!