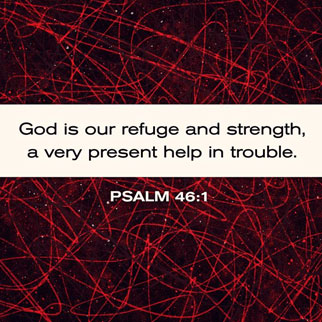 Like everyone my age and older (and a few a bit younger), I grew up under the real shadow of nuclear war. We grew up with near certainty that war with the Soviet Union would be a reality at some point.

As a young believer, I read the 46th Psalm for the first time, and as I read the words above, it suddenly occurred to me that God was in control, that this omnipresent and near imminent threat would not happen without his permission. It was as though a great burden lifted from my shoulders and that undercurrent of fear washed away.

Let me simply suggest that these words are just as relevant to our situation now, in the world crisis we face, as it was to that young reader in the late 1970s.

Pray For Our Enemies

The End Is Near!

Social, But Not Spiritual, Distancing