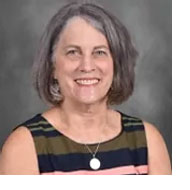 After 22 years, Susan Caler is stepping down from her position as Head of School for Valley Christian School (VCS), a ministry of Huntingdon Valley Presbyterian Church (HVPC).

Says Mrs. Caler, “Proverbs 29:18 reads, ‘Where there is no vision, the people perish.’ I thank God for the vision He gave to the founding VCS parents at HVPC in 1974 to begin a Christian nursery school. I thank God for the ad in The Olney Times in 1993 that led the Caler family to visit a spring open house. I thank God for Mrs. Sue Lind who graciously gave us a tour, enrolled our children, Marshal and Amanda, and hired me as a fifth-grade teacher. Only God knew the journey that began on that day. He says in Jeremiah 29:11, ‘For I know the plans I have for you, declares the Lord, ‘plans to prosper you and not to harm you, plans to give you hope and a future.’ Amen!”

A search committee has been appointed by the school board. The committee is headed by Noel Wolfe (outgoing VCS board president) and includes Dan Morrison, Karen Eppinger, Eva Morrison, Aaron Pavkov, and George Hindley. The committee will be reporting regularly on progress to the HVPC Session.

It is expected that the new Head of School will become an active member of HVPC and serve to maintain a close connection between the school and the church.

Pastor Dan Morrison states, “I wish Susan all the best in her retirement -- she’s earned the rest. But she will be hard to replace! Susan is the number one reason for the ongoing success of Valley Christian School. She has shaped the personality and programs of our school. She has worked harder than anyone to make VCS a nurturing, growing environment for children and families.”

Mrs. Caler began her career at VCS more than 28 years ago as a fifth-grade classroom teacher. She is the second head of school since its founding in 1974. In 1999 when the former head of school departed, she was asked by then pastor, Doug Hucke, if she would step into the role.

Under Mrs. Caler’s leadership VCS became successfully accredited with Middle States Association of Colleges and Schools - Commissions on Elementary and Secondary Schools (MSA-CESS) and the Association of Christian Schools International (ACSI). A middle school and P-3 program were added and fully accredited. Until this year, due to COVID-19 issues, the school enrollment has consistently increased. Despite the challenges, Mrs. Caler has led the effort to continue providing safe and quality education both for in-person and virtual students.

Aaron Pavkov, current school board president and parent of VCS students, says, “VCS is a model Christian school thanks to Susan’s leadership and example. In addition to excellent academics and Christian worldview being taught, it is an environment where kids get to experience God’s love.”

Mrs. Caler is married to Jeff who is Vice President of Educational Services at Lakeside School.

Learn more about the search for a new Head of School here: https://www.vcskids.com/head-of-school-search. 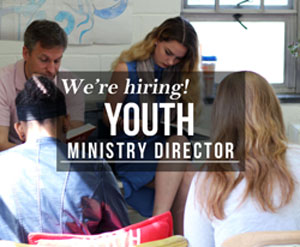 The Director of Youth Ministry will serve as the principal leader for youth at Huntingdon Valley Presbyterian Church (HVPC). The style of the ministry shall be both interactive and relational, and the goal shall be to provide both numerical and spiritual growth. This is a non-ordained pastoral position and requires the director to serve not only as a youth director but also as an under-shepherd to the congregation and volunteers who serve in this ministry.

This position is coming open in September 2020.

Click here for a PDF version of the Job Description.*

APPLY: Please submit a resume, cover letter, and 3 references via email to office@hvpc.org. No phone calls!